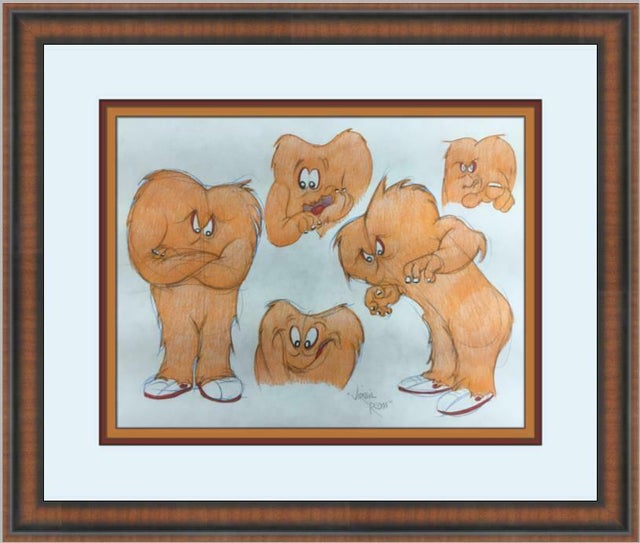 Virgil Ross began his animation career in 1920 with Winkler Studios in the late 1920s, then went on to Ub Iwerks, where he rose from the rank of in-betweener to animator and worked with Tex Avery. In 1935, Ross and Avery left Ub Iwerks and joined Warner Bros. Ross and Avery created the first Bugs Bunny animated short, "A Wild Hare" in 1940, which brought Bugs his first Oscar nomination. After stints with other Warner Bros. directors such as Chuck Jones and Bob Clampett, Ross, in 1942, began a long career with Friz Freleng s unit, where he animated over 230 cartoons, many of which were nominated for Oscars. In fact, four Ross-animated cartoons won Oscars - "Tweety Pie" (1947), "Speedy Gonzales" (1955), "Birds Anonymous" (1957), and "Knighty Knight Bugs" (1958). "Knighty Knight Bugs" was Bugs Bunny s only Oscar-winning performance. Known for bringing personality into the characters he animated, Ross style is said to be one of the finest examples of personality animation in the world. Ross, who died in 1996, had said his favorite animation effort was "Rhapsody Rabbit," in which he played some of the cartoon s classical music and honky-tonk tune